This neighbourhood party is a unique experience, with organised chaos ruling the streets as live music and DJs fill stages around the city, and the streets become one big street party! Kicking off the summer season with a weekend long festival at the end of May; Distortion is an event you can't miss! Check out the website for where and when the best parties are taking place (or the app), as the party moves depending on the day!

Distortion is a celebration of Street Life and Live Music - so that's the mix you can expect (sponsored by Tuborg, so some beer also.)

One of our best loved festivals of the summer that kicks off the season of parties is Distortion. While we're busy planning which live music acts to catch over the 5 day bonanza, here are some of the highlights from the Distortion team's programme.

Last year was the 20th Anniversary of Distortion so there was some extra partying and some well known international acts taking to the stage. This year isn't going to be any less special, with plenty of celebrating and music, from Danish acts and international music too. 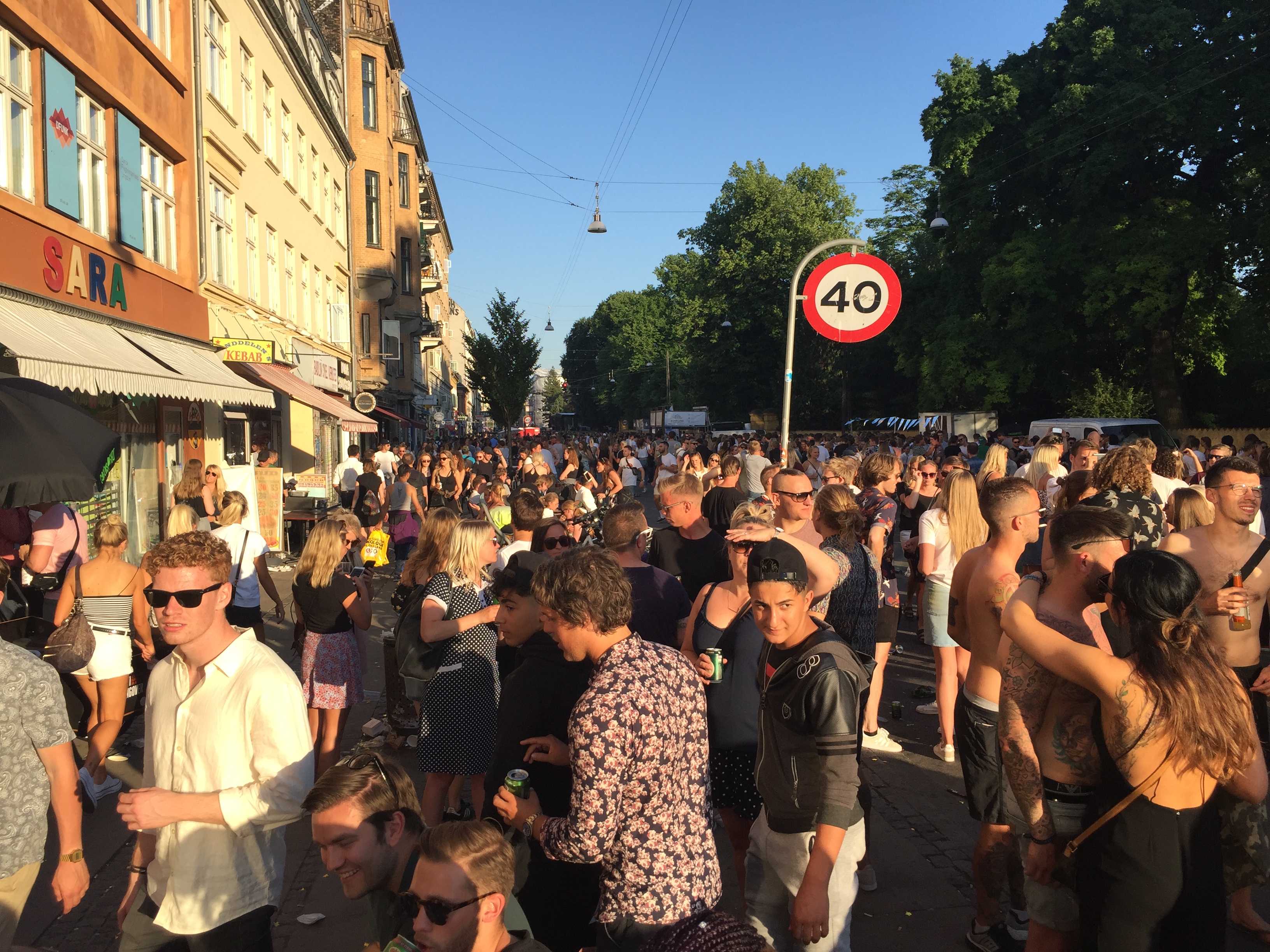 This year's line up

The line up includes 070 Shake and Channel Tres from the US, Adana Twins and Ame Live from Germany and Dappy from the UK. There are so, so many DJS and bands that you will be dancing in the streets - literally! Check out who is on to find your favourites - it's mainly electronic music but there are some more chilled acts playing and select family zones (most of the party is 18+ advised.)
The festival moves through the street so just follow the crowd. Last year we heard some awesome tunes at sunset on the waterfront and were lucky with the weather - perfect for dancing and enjoying the sunshine. Let's hope for more of the same this time round!

Who, When and Where

To find out what is going and where, you can check out the app - download the Distortion App here

Depending on when you're coming to enjoy Distortion, the street venues and locations are different. This is a party on the move at different locations depending on which day of the festival you attend. The party begins in Norrebro on the Wednesday then goes to Vesterbro for Thursday, then Distortion 0 Party at the weekend. Sunday is more of a chill out day- so expect to get some good vibes and a less dance music crowd for the end of the festival.

The big beats begin in the neighbourhood of Norreport on the first day - this hip neighbourhood which was home to the famous underground parties on Jagtev sees the action start. Check out the stage here for up and coming live acts and DJs in the daytime. This neighbourhood is known for creativity and music, along with a multicultural vibe - enjoy meeting some of the locals and getting down to the beat!
From here it's over to party central in the neighbourhood of Vesterbro, then the night scene is in local clubs which are taken over by Distortion for the weekend.
The Distortion Ø Party is always a big one so make sure you're primed to make the most of the awesome musical acts performing and to get your groove on. Make sure you don't miss out on Distortion and get your tickets in advance. Check out the link here

Distortion 0 Party on the Saturday is always a mega party (and it sold out last year), so get your tickets in advance. It's 18+ and tickets are 350DKK. There are various other festival passes which include the club after parties, or the day passes - the support bracelet (130 DKK) which includes entry to all the street music stages including the main town square. Distortion is not for profit, so tickets go towards supporting the festival and the acts.

Check out the link here

If you're in Copenhagen for this weekend then prepare yourself for the adventure! Copenhagen Distortion is the coolest street festival of the summer! Book your bed with us at Copenhagen Downtown Hostel for the best time guaranteed - we will be having an after party in our own venue Copenhagen Downunder, so don't miss out on the fun. Come and enjoy our international crowd, great happy hour prices, friendly bar and cool retro design.