A Day Trip to Kronborg Castle from Copenhagen

For history lovers then a day trip to Kronborg Slot (Crown Castle) in the north tip of Zealand is an worth-while adventure, where you can see tapestries of Danish kings, prison dungeons, the ballroom full of paintings, and a lovely view to Sweden across the water!  The castle can be reached easily and a visit there leaves plenty of time to explore the surrounding area. Just 40 minutes North from the center of Copenhagen you can follow the Danish coast as it heads up towards Sweden and the historical town of Helsingør, home to the striking 15th century Kronborg Castle. 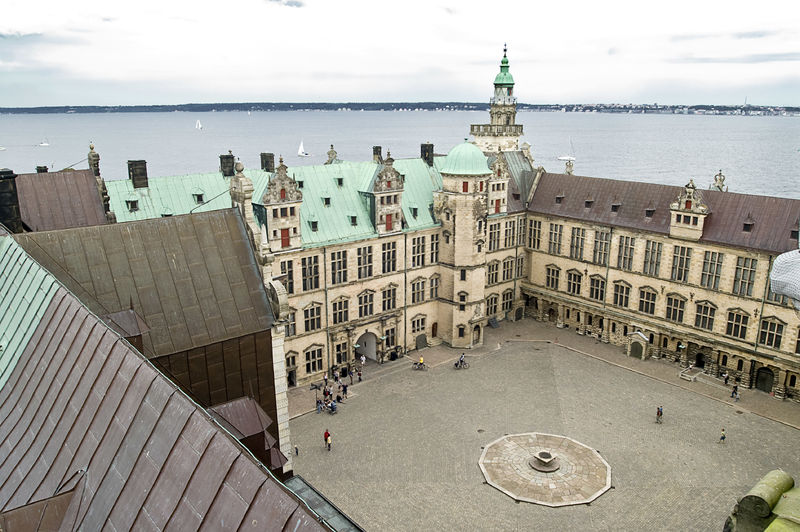 Still filled with memorabilia of its military past and its status as a royal palace, the atmospheric cannons that ring around it bring majesty to the inspiration for Elsinore Castle in Shakespeare’s famous play Hamlet. This magnificent castle was designated a World Heritage Site in 2000 and is packed full of historical artifacts such as the tapestry portraits that adorn the Little Hall and the 17th century paintings in the Ballroom. Come and take a look at its Medieval fortifications and impressive Renaissance architecture and see why Shakespeare was inspired here. 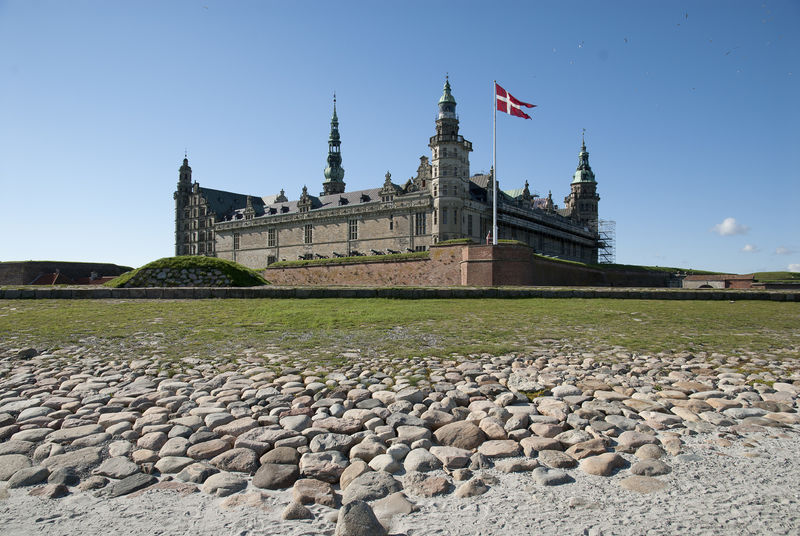 The unique setting at the very northeast tip of Denmark means that the castle actually overlooks Sweden, as this is the point where the Øresund is only 4km wide, so you have views straight across the sea from the Danish island of Zealand to Swedish Scania (although this part of Sweden was actually Denmark when the castle was built.) Built by King Eric VII in the 1420s to control the important entrance to the Baltic Sea, along with the Karnan Castle opposite on the Swedish side, this strategic position meant it was a military stronghold and used by the army right up until the 1920s when it became a public monument. 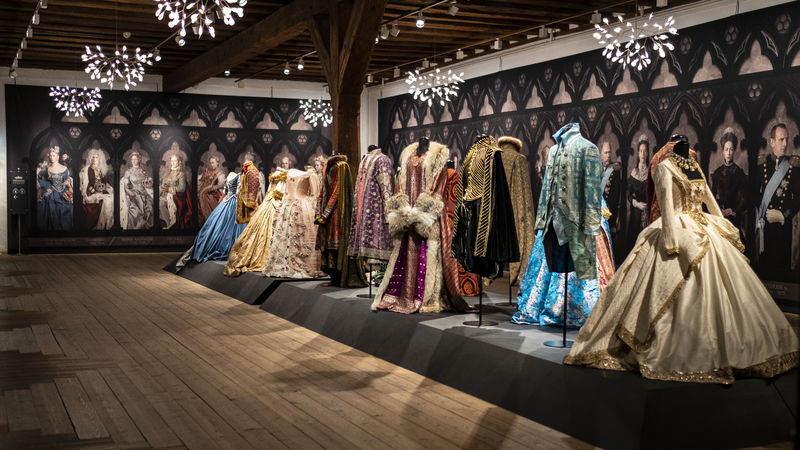 The Danish Royal Family also had the castle as an official residence up until 1785, despite a fire destroying a lot of the castle in 1629 which was then rebuilt by King Christian IV shortly after. In the late 16th century the Medieval fortress was changed into a Renaissance palace by renowned architects under King Frederik II, giving it the unique look it has today and its new name of Kronborg Castel, rather than the fortifications of Krogen as it was known before. 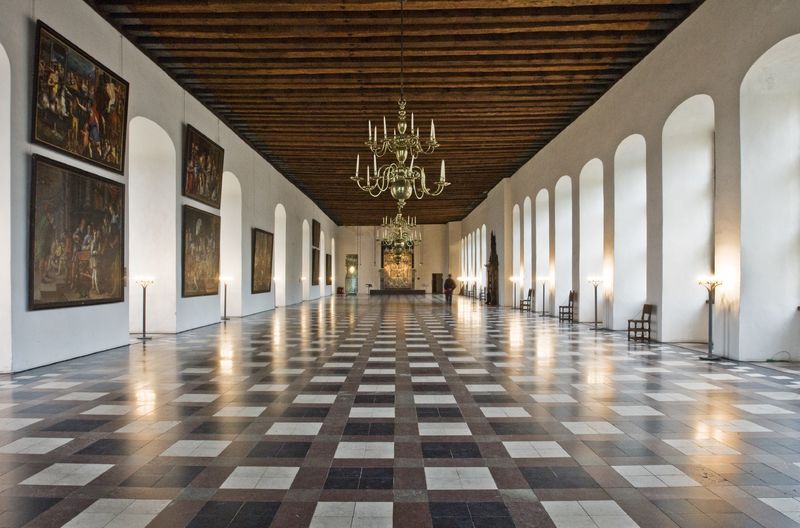 
The renovations in 1578 turned the military style fortress into a grand palace fit for a queen, with a large ballroom added, and extra floor to heighten the wings of the castle. Unfortunately, all of this was destroyed by an accidental fire in 1629, with only the arched chapel surviving, and the whole castle was rebuilt under King Christian IV. The exterior was kept the same as before to preserve the style, but the interior was made in the style of the time, so the Renaissance décor was replaced with the fashionable Baroque style. Only 30 years later much of the new works of art and paintings were looted as the Swedish army invaded during the Dano-Swedish War of 1658-60 and the Queen of Sweden and the King’s sister decided to move in the castle and make it their royal residence! 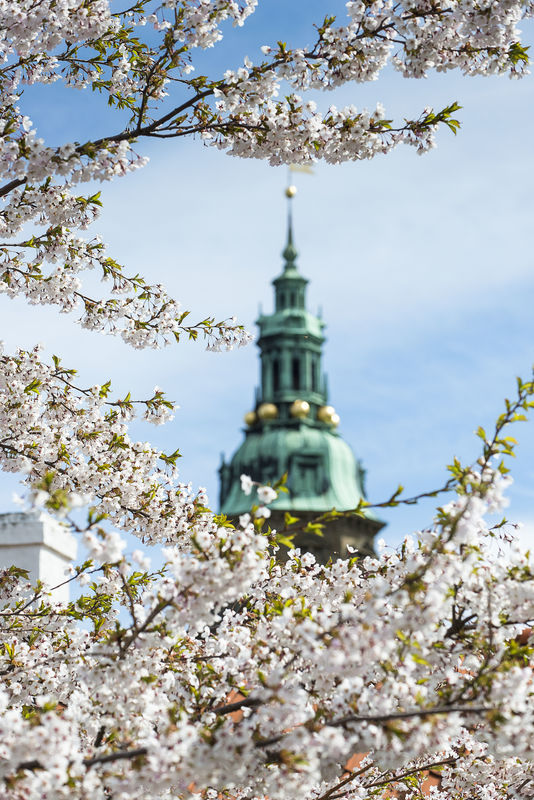 Not only was Kronborg Slot the inspiration for William Shakespeare’s “Elsinore” castle in Hamlet, which has been performed many times in the castle grounds, it was also a place of mythology. There is a statue in the grounds of the sleeping King Ogier the Dane, with a long beard to the ground representing the years he spent here where he apparently slept until he was needed to save his country, after being taken to Avalon by the legendary Morgan le Fay. So, the castle even features in Arthurian mythology! 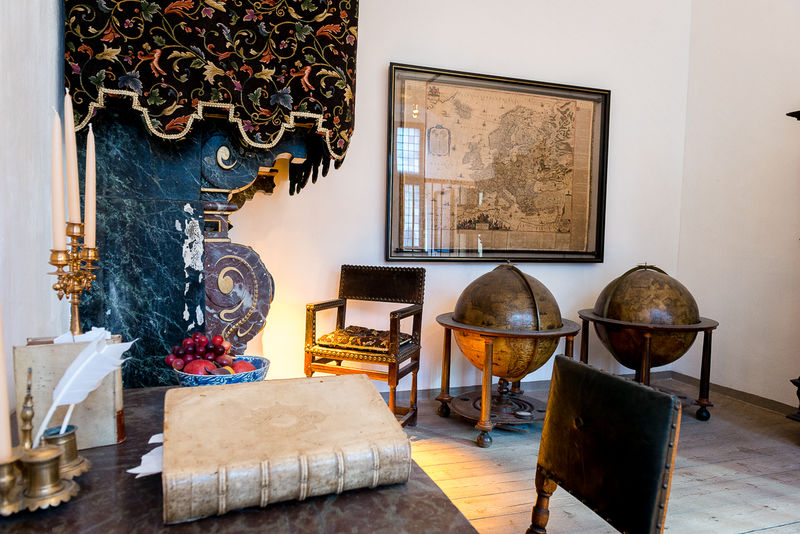 Getting There and Away

You can get to Kronborg Castle on the train from Copenhagen central station, and it takes around 40 minutes to travel to the stop Helsingør. From here you can walk to the castle. There are plenty of events taking place at the castle including music festivals, check out what’s on at kronborg.dk

Open daily from 10am to 5pm, tickets are 145 DKK for adults, 135 DKK for students. you can buy tickets here 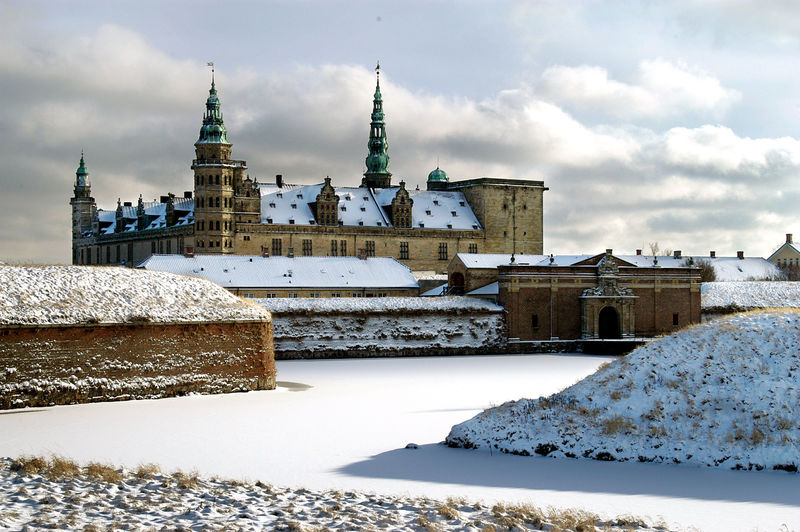 Stay with Us in Copenhagen

For more tips on fun days out, just check out our blog or ask our friendly staff. We have an international atmosphere in our centrally located downtown hostel and are always happy to help out with local places to see and go. We are only a 5 minutes walk from the central station, so you can enjoy trips out of town with ease from our backpacker home. After a day touring the city sights or exploring further afield you can relax in our international bar, enjoy our great happy hour food and drink offers, and catch some entertainment in our lively bar. Book your bed directly with us for the best deals on added extras!

We are also part of the Europe's Famous Hostels network, being the hostel of choice for the Genuine Backpacker, as part of a network of over 30 hostels across Europe.